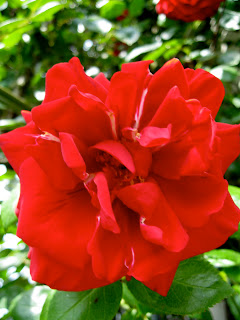 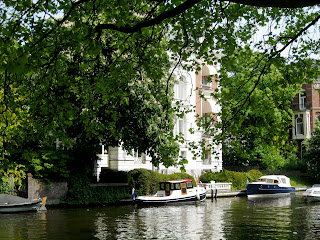 Amsterdam proved to be a nice last hoorah! Our first night there, Amanda, Sarah, and Rosie (three other girls from our program) were finishing up their last night in Amsterdam, so we met up with them and Eve’s cousin, Jenni. We tried to see all “top” destinations for tourists: the red light district, the Van Gogh museum, Anne Frank’s house, and the Heineken museum. We also got the hummus and Mexican food Eve and I had been seeking out for the past few months, along with Nutella and peanut butter and jelly thanks to the Hostel breakfast.
The Van Gogh museum and Anne Frank museum were amazing! I couldn’t believe I was seeing the actual paintings of prints I have in my house! There was a “Picasso in Paris” exhibit as well which I really liked that had all of the work Picasso had done while he lived in Paris. The museum also had some Monet—three for one deal! The Anne Frank house took us on a tour of the house she hid in from the Nazis. It had quotes form her diaries on the wall and her actual diary at the end of the tour, along with video clippings from people who had known her, including her father. My eyes got blurry more than once….
One day we all kind of divided and did our own thing. Lauren and I decided we wanted to try to see the tulip fields—Sarah and Rosie had told us it was a must! So we got on the train to get to the fields, but quickly learned upon arriving to a small suburb of Amsterdam called Leiden, that it was going to cost us 50 euro. We decided to pass, and walked around the town instead. It was beautiful! We saw swans, windmills, people taking pictures for their wedding, and a lot of green! (something Sevilla doesn’t have a lot of). No one spoke English, so we heard a lot of Dutch and felt more emerged in the culture than we had in Amsterdam. We got pitas for lunch, had some miscommunications with ordering, and ended up getting a lot more food than we wanted! The waiter realized something had gone wrong and gave us “souvenir” shots. I thought it was funny that the guy knew the word for “souvenir” but not “bread”. Once back in Amsterdam, we went on a tour of the Heineken factory, which was cool. When one of the employees asked Lauren and I us where we were from we were sure to drop the Coors Brewery reference. 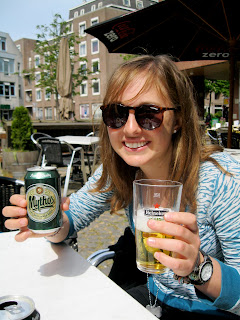 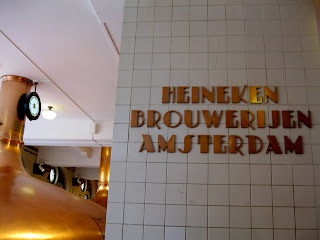 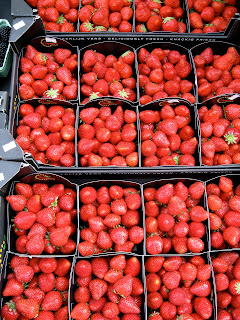 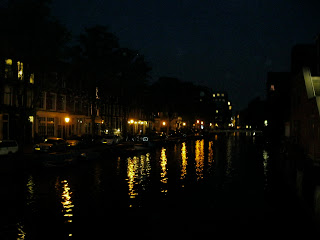 The reason we were able to go on our weeklong trip to Prague and Amsterdam was due to Feria in Sevilla. Feria is a week-long party in Sevilla during which a bunch of red and green and white striped tents are set up, women wear flamenco dresses, men wear suits, everyone dances flamenco and drinks rebujito. The area in which Feria goes on is so big that it has it’s own street signs, map, and, of course, area of carnival rides! I was able to go Saturday when we got back. Sarah put on her new flamenco dress and I put on my old birthday dress (hey, I tried, it’s a flower print at least) and we headed out to see the festivities.  Some old men pushed us out of the way to sit together on a neck-jerking ride that Sarah and I, therefore, endured separately, ate churros and caramel apples, and watched a lot of Sevillano (a type of Flamenco) dancing. It was so cool to see everyone (and I MEAN everyone, there were people ranging from age 4-80 still out at 1 am!) so happy and patriotic. It made me wish the United States had a song and dance that everyone knew (besides the YMCA, of course) and a time of year we all looked forward to. 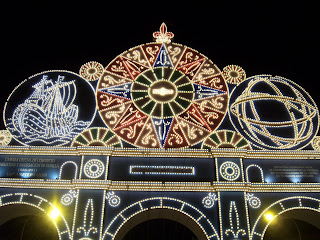 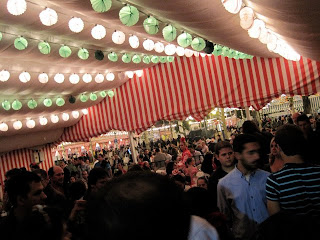 Getting ready to leave has been pretty bittersweet. Manola keeps randomly telling me she’ll miss me—I’ll be eating a strawberry, walking out of the bathroom, looking for a water-glass and she’ll pop in saying she’s going to miss me. When I showed her my half-packed (and already pretty full) suitcase, she shook her head and left the room sighing, saying, “Don’t show me things like that!” 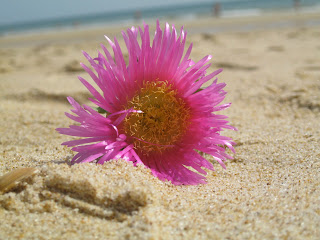 It gets hard when the neighbor remarks that the baby (Manola’s grandson) never stops crying when she holds him, but as soon as I have him he only smiles. Or when María Jesús (my host-sister) and I laugh together as her daughter Leonor denies that napkins come from trees and we’re crazy for lying to her like that. Leonor grabs my hand when walking home from school and asks me if she can have my cow key-chain to remember me by. Trini, the teacher I observed in the schools here, refuses to say goodbye and plans on seeing me next week—I leave Sevilla Tuesday morning. Watching Greg shake his head over and over, denying that he leaves in the morning makes my heart ache a little bit, and the  “remember that one time…”s between Eve and I as we sit on the beach, perfectly comfortable being silent together besides these little interruptions, have started up-- they end in laughter and then silence each time. 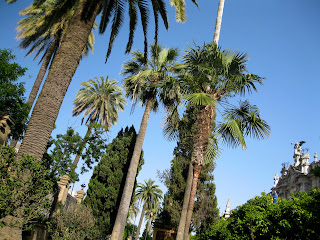 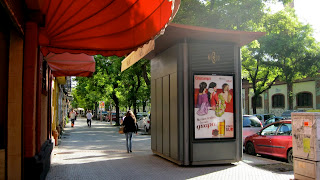 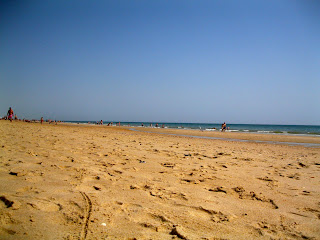 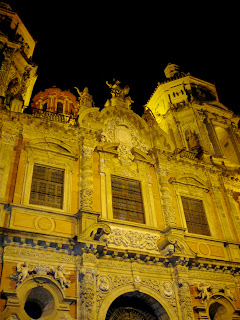 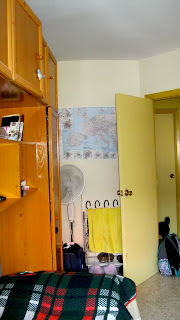 From here I have two final days left in Sevilla in which I plan on packing, going to all of the cafes Eve and I kept saying we’d go to and still haven’t, and laying in the sun by the river. Tuesday morning I catch the train to Madrid where I’m staying in the hostel I stayed in my first night in Spain and hanging out with Liz (who saved me my first day in Spain!). Wednesday I will head to the airport to go back to JFK to wait and wait and wait and think and think and think (and maybe see Kelly!) before I finally get to DIA, my house, and then, my very own bed (perhaps the most anticipated part)!
I guess I’ll have come full circle. Only now I can speak another language, have been to three continents, seven countries, and have taught English to over 70 Spanish-speaking, smiling students. I have made some friends that I know I will have for the rest of my life and have seen things that have completely changed my view on my future, the United States, and the lifestyles we chose (or don’t) for ourselves. All of this has taught me so much, including one stupid, childish phrase that I’ve heard over a hundred times and never really gave much thought to until now when I can feel it so much.


Home is where the heart is.
Oh, and thanks for reading!

Spanish Vocabulario (the things 13 years of Spanish never taught me...)